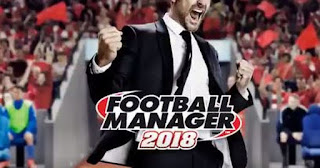 FM 18 Network/Online- The Gathering: Contact Kevy3480 on Skype  for an interview, but the basics are below:


Background: Started around 10 years ago with a core of EX FM Live players after is closed. There are 2 original members left and we now have a core of 4/5 players. Our Record on a network game is 26 seasons, we re-set from time to time and try different leagues and different ways to keep it going.
We have just completed the 2nd Session "fallen Giants" where Wolves, Preston, Leeds, Sheff Weds and Everton all returned to the Big time at some point.


Looking for new members to join us starting this week..


*Play times are most evening from 8-10.30/11pm latest (sometimes later at weekends)

* We holiday from game to game and have a few emotes on skype to signal when there’s a game being played (if you don’t have one, Europe etc.) so you can still do scouting, training and all the other normal single player stuff) this is VERY KEY and we do this to keep the game moving nicely and play around 10/12 games per session


* nights off normally decided between us so there’s no pressure to get on every night but you might get addicted just let us know if you’re not on, please don’t just leave, so no worries lads not for me. Not a problem.


* NETWORK play is NOT SINGLE player so if you can’t handle a bit of banter on skype it’s not for you.


*TACTICS sometimes don’t always work with your special 3 at the back set up on single to Network, we don’t know why it just doesn’t always transfer! So be warned you might have to adjust, there’s plenty of downloads to tweak from various forums etc.


* No Poaching players from other HUMAN teams unless prior arranged deals.


* the most important thing is to communicate on SKYPE chat (No mics), so play windowed mode etc.


* server/Host has a fast connection and a high spec pc to lag won’t be an issue.


* Steam server must be set to London


* JUST REMEMBER ITS WITH OTHER HUMANS, so don’t hold the game up! Its good fun and much better than single IMHO!

Peter Was Manager of the Save-Dominating with Wolves.

Popular posts from this blog

May 04, 2018
First Update of the new season save see`s the top 3 clubs all human controlled...the battle is on for league status.....message kevy3480 on skype if u want to get involved...READ THE GUIDLINE FIRST!! its not for everyone!! fast play...new member welcome..
Post a Comment
Read more

June 17, 2018
Paul-Took Ebsfleet up automatically to the Premier League after a 2nd season in championship. Currently looking at going straight back down after a terrible start. Although he`s confident Ebsfleet board will load him with cash to purchase a few Man Utd Rejects. Josh-at the 6th Time of asking and 3rd club in the National league Finally took York City up to league 2 and has started confidently and sits in the top half of the table..its almost an instant transformation Michael (some Cheating Belgium bloke) after taking Lincoln from Nat League to successive promotions has now been ejected from the game after he was found cheating using the instant win skin..this is not allowed online and he`s just a basic cheating Belgium, Belgium itself is pretty pointless as a country. They should just merge with germany. Kev- Finally got out League 1 after the 2nd time of asking and currently sits on top of the championship. Kev is quoted as saying "I look forward to passing paul on his way
Post a Comment
Read more